The AGC Education and Research Foundation shall advance and support education in the construction industry and support or contribute to scientific or research projects and programs deemed to be beneficial to the advancement of technological, educational, or vocational expertise in the industry. 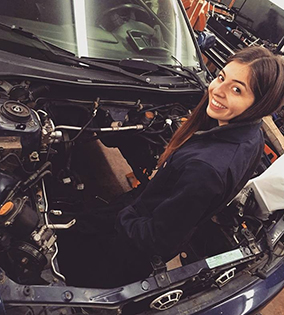 Naomi Salgado is a 2016 AGC Education and Research Foundation scholarship recipient. When she was accepted to Oregon State University she initially was in the Forestry Program but after discovering it was not for her, she switched to the CEM Program. Her sophomore year, she changed her major and applied for the Education and Research Foundation’s scholarship. The week before she found out she had received the scholarship, she was extremely stressed out about how she was going to pay for the upcoming quarter. Then the email came letting her know she was an AGC Scholarship recipient and, after reading it and rereading it to ensure it was real, she felt like she could breathe again. She had just taken out a big student loan and already felt stressed thinking about how she was going to repay it after graduation. Once she received the scholarship, she was able to change the amount she needed to borrow, which eased her nerves immensely.

Her grandfather works in the construction industry on the electrical side, and she has wonderful memories of him telling her and her cousins stories from all the job sites he has worked on. He would proudly give them his business cards, and she remembers thinking how cool it was as a child to have her grandfather’s business card. It was a very special feeling.

When Naomi graduates in a couple of months, she will begin working at Rosendin Electric in Oregon as an Assistant Project Manager. It brings a big smile to her face thinking about how proud her grandfather is going to be when she sends him her first official business card. A business card may not seem like much, but to Naomi’s family it means she is starting a career in an exciting and ever-changing field. It means a company saw value in her and decided to take a chance on a recent graduate, and it means she gets to wake up every morning and get paid to do something she loves.

She is excited to begin her journey at Rosendin. Going to work at Rosendin was an easy choice for her because, among other attractive qualities, they are committed to hiring veterans. Naomi’s father proudly served our country for 25 years before he retired this past summer. Being the daughter of an army veteran, it makes her proud to be going to work for a construction company who shares the same values as her and her family.

Mitchell Trieloff is a 2016 scholarship recipient and grew up in a family full of carpenters, project managers and superintendents. His grandfather, David Wilkins was a life-long builder and an AGC member. In 1957 he established his own business, the David R. Wilkins General Engineering Construction Company. He was extremely proud to be an AGC member, and displayed the AGC logo his company signs and trucks. Over his 30-year career, he performed numerous projects in and around Humboldt County.

Mitchell’s uncles are also a part of his grandfather’s legacy, and when his family gets together the conversation often turns to construction. They may not always agree, but one thing they can all agree on is their love for this industry. His family feels passionate about building things from the ground up, and wakes up each and every morning feeling lucky they get the opportunity to do so. Mitchell is fortunate to be a part of a family who works in the construction industry and is proud to be a part of the extended AGC family. 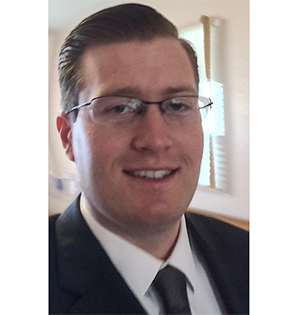 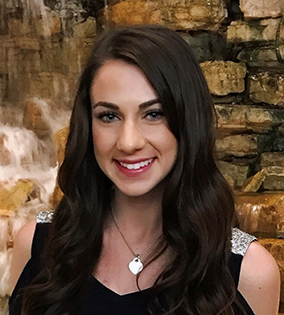 Lauren Shoemaker is a 2017 scholarship recipient attending the University of Central Missouri.

She grew up around construction, as her father is an Environmental Safety and Health Director in the construction field. Her grandfather and uncle also were union construction workers. Construction is something that she has been exposed to for as long as she can remember, and it is always something she has taken an interest in. She was initially a nursing major. All of her life she knew she wanted to help people. As she spent her first semester at the University of Central Missouri, she came to the realization that she didn’t just want to help people once they become sick or injured, she wanted to prevent as many illnesses and injuries as she possibly could. When she decided that she wanted to prevent incidents, injuries and illnesses, safety was the first thing that came to her mind. During high school, she attained herMissouri Certified Nursing Assistant certification. While completing her clinical hours for this certification, she came across many people in the nursing home. A lot of the individuals there had long term health problems due to injuries and chronic illnesses that they had acquired in their workplaces. These individuals’ stories and lives also weighed heavily on Lauren’s decision to seek a career in the field of safety.

Last summer she interned with JE Dunn Construction Company, which solidified her desire to work in the construction industry. Thanks to the Education and Research Foundation, Lauren was able to complete the internship and gain real world knowledge without having to worry about her tuition. Lauren will graduate in 2018 from the University of Central Missouri debt-free.

Sam Adkins is 2017 Workforce Development Scholarship recipient. He recently competed in a SkillsUSA event in Chattanooga, TN. Sam was the team leader representing his college, the TN College of Applied Technology. His team was tasked with building a small structure and laying out the plumbing, electrical and a small area of bricking according to a blueprint. Each team was judged according to accuracy and for how well they followed the blueprint within the allotted time. Sam’s team took first place and will now compete at the national competition. 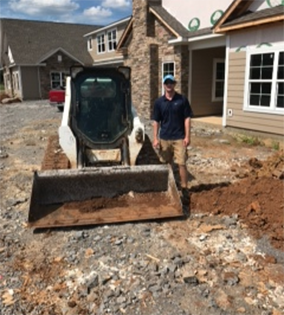 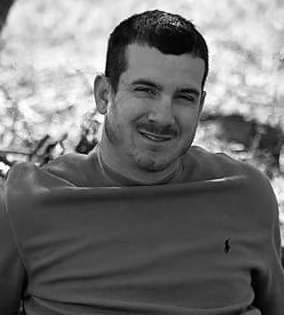 After DJ was awarded the AGC Education and Research Foundation Scholarship, he posted the award letter to his Facebook page. A member of upper management from Roy Anderson Corporation saw the letter and sent him a private message about a project management position. DJ had actually applied for the job several times, but it wasn’t until the award letter went viral that he was offered the job. DJ is a 2016 scholarship recipient currently working as a Project Engineer. 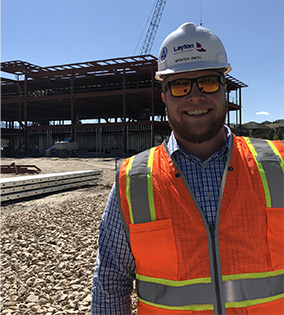