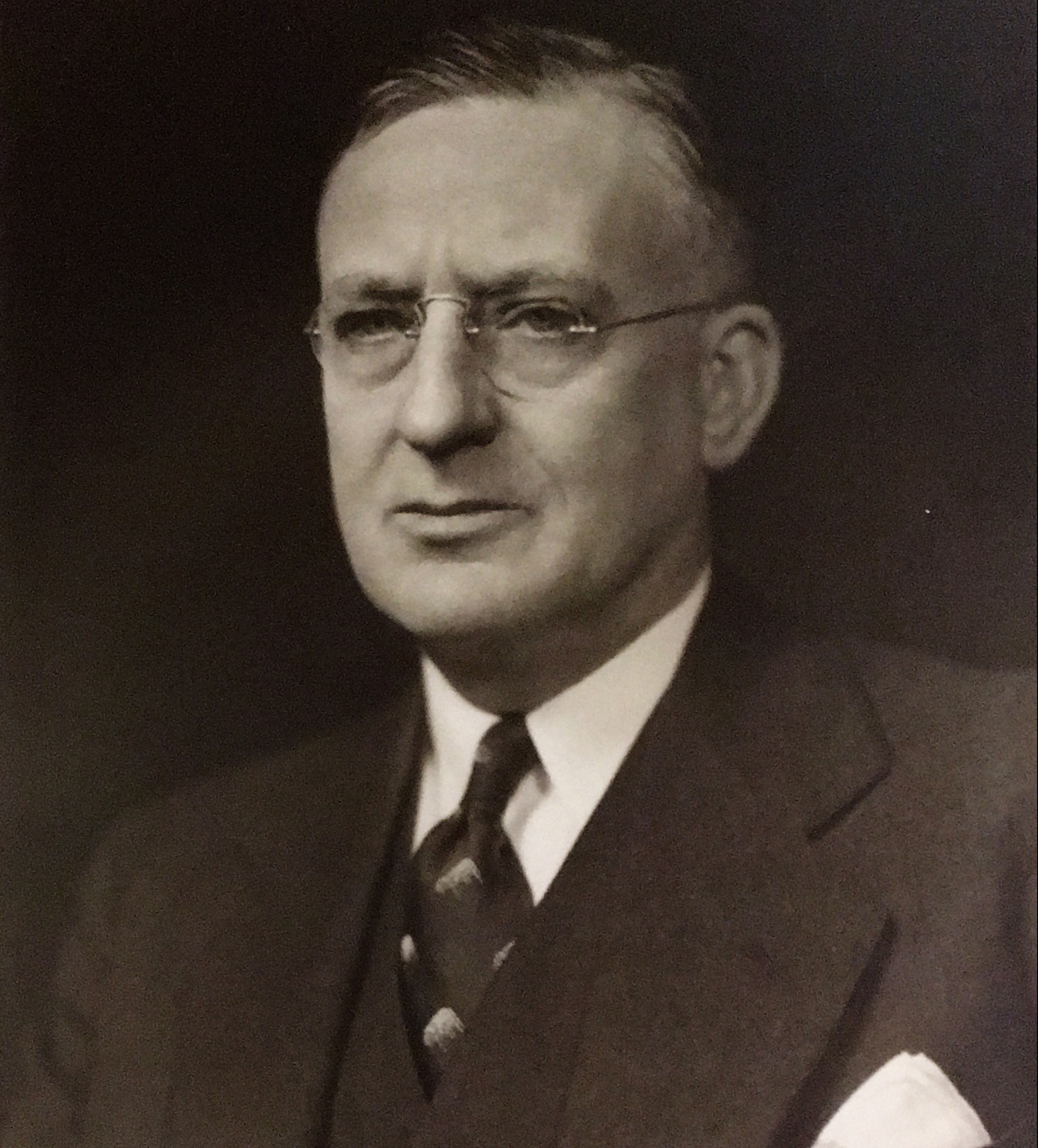 Born in Danville, IA, Forrest W. Parrott was the second Sioux City professional to serve in AGC’s top post. He graduated from Elliott Business School and was later elected County Auditor and began work for the State Highway Department, eventually moving on to C.F. Lytle Construction Co., where he stayed for 35 years in the ascending positions of secretary, vice president and president.  As some $40 billion in projects were in the proposal stage awaiting blueprints, Parrott addressed a construction symposium held by the American Society of Civil Engineers, conceding that the inflated costs of the time were about the same on average as for most other services and commodities in the recovering post-war economy.